I mean seriously, it’s everywhwere. It has been used to ask if someone has something, knows something, wants something, or anything. Got this, got that, it’s almost the “Kleenex” of tissue paper now. Anyone want to market something? Just put a “Got…” in front of it and wa-la! You’re done! It’s on T-shirts, posters, web sites, and just about everything in between where the small guy can capitalize on a worldwide slogan without getting too much press so as to provoke copyright lawyers.

Of course, now the CMPD has moved onto their milk mustache campaign and it has soared to new levels as well. Seems everyone wants to market milk with a fake milk mustache in magazine ads and on billboards. Variations on this marketing effort however are less often imitated.

But, I digress. I spotted what may be final, end all, example of an everyman using the “Got Something” campaign. I mean that both literally, and figuratively. 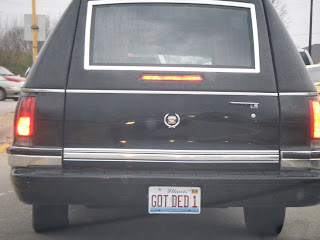 the “Got Something” campaign…